ORLANDO, Fla. – [May 22, 2019] – With site work well underway within The Packing District near College Park, Dr. Phillips Charities today announced dap design has been selected as the architect for The Packing District’s food hall. The team is charged with preserving and converting the old Great Southern Box Company building, located on the southeast corner of Princeton Street and Orange Blossom Trail, to house the food hall.

“It’s an honor to be a part of this transformational project that recognizes the history of this building and area,” said Joel A Setzer, AIA, dap design. “The food hall design approach will celebrate the existing buildings form and utilize its large structural bays as a passive connection to outdoor green space. The project will be tightly woven into the fabric of what The Packing District will be and have a strong connection to its larger context and community.”

Dating back to the 1930s, the Southern Box building was originally used by Dr. Phillips as its orange crate manufacturing facility. The 22,400-square-foot food hall will be one component of a larger site plan to redevelop the southeast corner of Princeton and Orange Blossom Trail, a site spanning 205,000 square feet.

“As we laid out the vision for this once industrial area of the city, our goal was to repurpose as many of the buildings on property as possible to capture and preserve a piece of the history of this special place in Dr. Phillips’ and Orlando’s history,” said Ken Robinson, president/CEO of Dr. Phillips Charities, which is serving as the community builder on the project. “This is a great example of how we’re working to blend the old and the new within The Packing District and will be a great addition to the community.”

Overall site plans for the southeast corner of Princeton and Orange Blossom Trail include:

Once converted, the Southern Box building will feature an elevated plaza dedicated to shaded, outdoor greenspace and additional seating for the food hall. The design approach focuses not only on the existing building and adjacent brewery, but strategically utilizes the site as an elevated park space and social infrastructure. The design also expands the internal footprint beyond the shell of the building encouraging foot traffic throughout the indoor and outdoor space. Plans call for construction to begin early next year with completion by the end of 2020.

Plans for the 202-acre The Packing District, a $500-million transformational project, have continued to unfold within the last several months. Earlier this year, Embrey Partners was selected to build 310 units of multi-family housing at the northeast corner of Princeton Street and Orange Blossom Trail. The news came just a few short weeks after it was announced a new YMCA Family Center would be built within the district, thanks to an $8.9 million contribution from Dr. Phillips Charities to build and equip a new Y for the College Park area within the district. In late March, the YMCA announced it had selected its development team for the new Family Center.

Located at the planned roundabout at Princeton Street and Texas Avenue on the north end of Orlando’s newest regional park, the YMCA Family Center will plan to have 24,500 square feet of space spanning two stories and play host to key programs for the community while also integrating with The Packing District’s regional park to allow both indoor and outdoor healthy living activities.

These announcements are just one piece of the overall master plan to develop a unique, eclectic and vibrant mixed-use environment that pays homage to the industrial heritage of the district and the community legacy of Dr. Phillips.

Preparations are underway to ready the site for construction, which will span the next 10-15 years in four phases.

About The Packing District

The Packing District is a 202-acre transformational project centered at the intersection of Princeton Street and Orange Blossom Trail in Orlando, preserving and recapturing a defining part of our community’s history while providing a vibrant base of living and commerce. Historic buildings will be repurposed, integrated with new uses, and connected to dedicated public spaces by a new and bold plan for urban trails and a new 100-acre public park (gifted to the City of Orlando) dedicated to health and wellness, education, arts and community, and sustainability. Preparations began to ready the site for construction in 2018. The project will continue to mature over the next 10-15 years as laid out in the four-phase master plan.

Dr. Phillips Charities has made over $190 million in grants, pledges and program-related investments to Central Florida charities responding to the needs of the community and directly touching the lives of thousands of children and families. The Dr. Phillips name has been a major economic and philanthropic presence in the Central Florida community since the turn of the 20th century. Dr. Phillips Charities honors the legacy of the Phillips family and its support of organizations that live up to the motto “to help others help themselves.”

dap is a design-driven architecture practice and creative studio that believes architecture, at its most fundamental level, not only measures social, cultural and technological change but implements these ideas as a catalyst for future space making. Dedicated to innovative and conceptually rigorous design approaches, dap design understands that good ideas come from thoughtful engagement and inclusive collaboration.

With experience in adaptive re-use, residential, civic, small and large commercial projects, dap believes that good design is attainable regardless of scale, location and budgetary parameters.

At the root, dap design is formed by three central Floridians, dedicated to fostering connections between makers, fabricators and the local community, which we believe is critical to the success of each individual project. 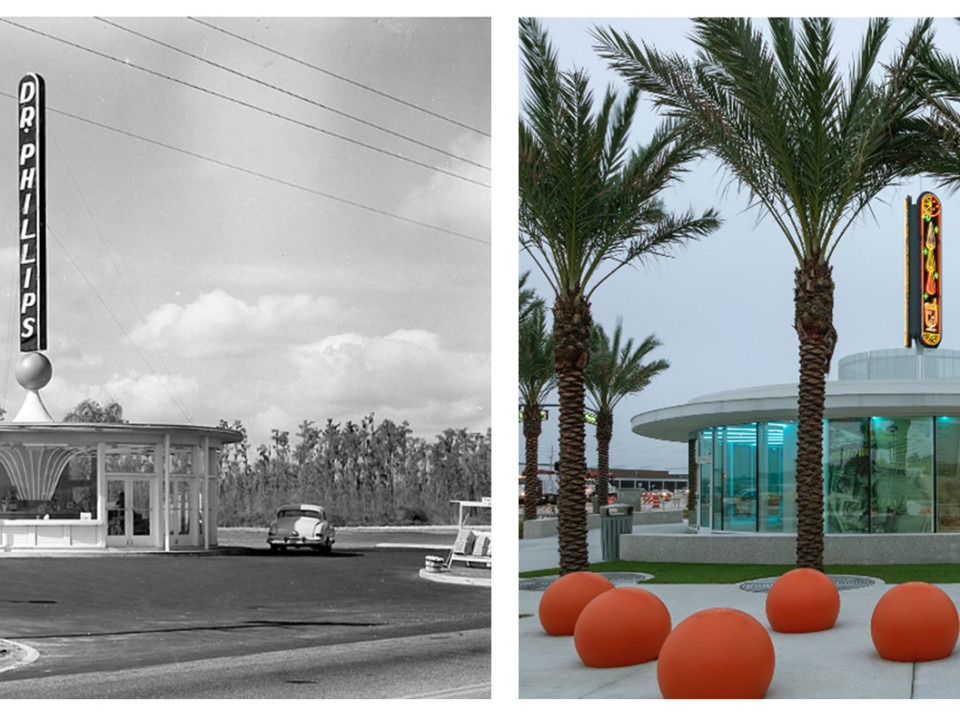 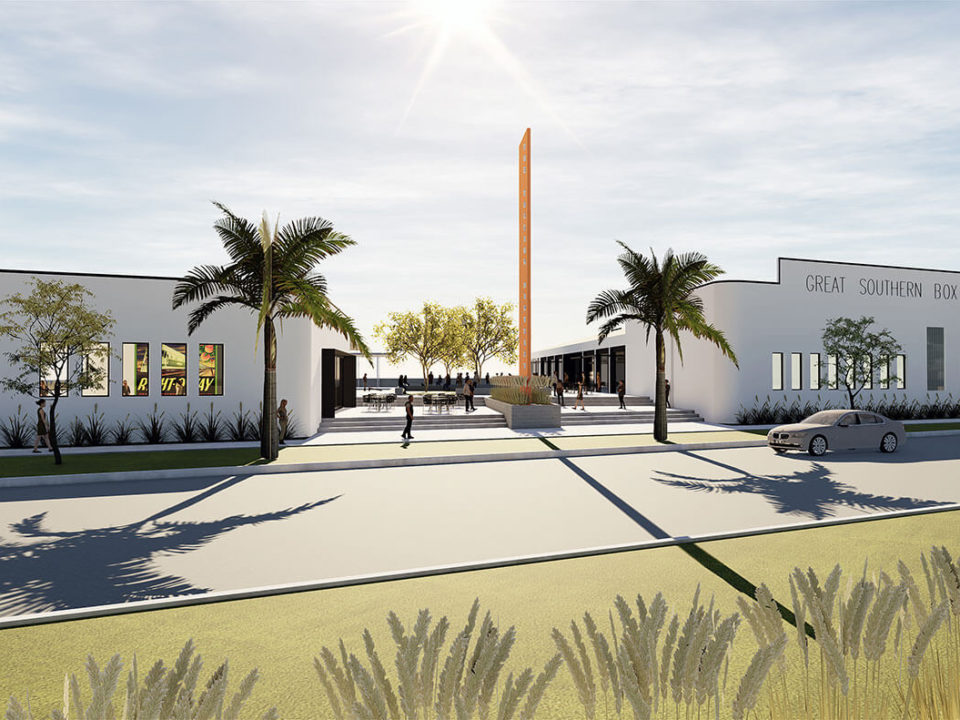 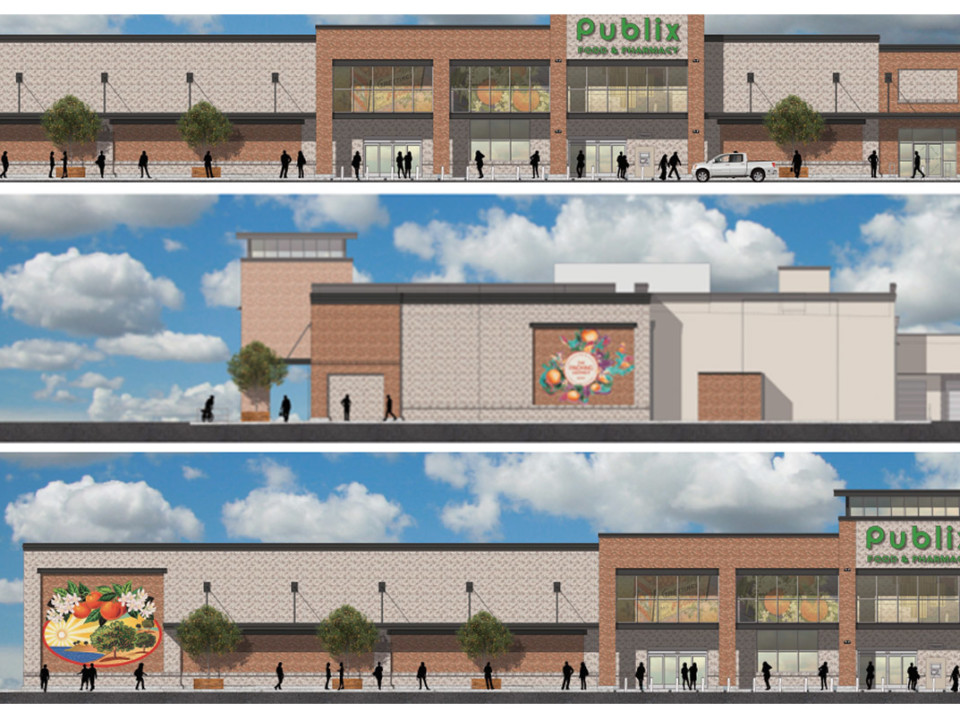